Eaton Corporation Inc. is an American multinational power management company with 2018 sales of $21.6 Billion, founded in the United States with corporate headquarters in Dublin, Ireland and operational headquarters in Beachwood, Ohio. Eaton has approximately 99,000 employees and sells products to customers in more than 175 countries.

The company provides energy-efficient solutions that help our customers effectively manage electrical, hydraulic and mechanical power more efficiently, safely and sustainably. Eaton is dedicated to improving the quality of life and the environment through the use of power management technologies and services. Eaton has approximately 96,000 employees and sells products to customers in more than 175 countries.

Eaton Corporation plc (Eaton), incorporated on May 10, 2012, is a power management company. The Company provides solutions that help its customers manage electrical, hydraulic and mechanical power. Its segments include Electrical Products, Electrical Systems and Services, Hydraulics, Aerospace and Vehicle. Eaton had operations in over 60 countries and sold products to customers in more than 175 countries, as of December 31, 2016.

In 2003, Eaton’s Electrical Distribution and Control business (formerly known as Cutler-Hammer) acquired the electrical division of Delta plc. This acquisition brought Delta’s brands Holec, MEM, Tabula, Bill and Elek under the Eaton nameplate with the previous Westinghouse divisions and gave the company manufacturing facilities to meet IEC standards, one of the steps to become a global company and developing a worldwide standard.

Soon after this acquisition, Eaton entered a joint venture with Caterpillar Inc. and purchased 51% of I & S operations (now known as Intelligent Switchgear Organization, LLC). This was followed in 2004 by the acquisition of Powerware. The Powerware brand is known for the design and production of medium to large Uninterruptible Power System (UPS) devices. After several years of co-branding UPS products “Eaton|Powerware” the company is switching to the single brand Eaton for all UPS products including; BladeUPS, 9355, 9390, 9395, and 9E.

In 2008, Eaton Corporation acquired Phoenixtec, a Taiwanese manufacturer, which had earlier in 1992 merged with Santak (Shenzhen) Co., Ltd. This acquisition not only gave EATON the highest share in the Chinese single-phase UPS market, but importantly, bolstered its global presence in Asian market. Furthermore, since SANTAK was identified as a “Chinese Well-known Mark” and a “Guangdong Famous Brand”, EATON solidified its place as the #1 UPS manufacturer in the Chinese market and provided increased global infrastructure for engineering, manufacturing and service of UPS.

On May 21, 2012 Eaton announced that they had agreed to purchase Ireland-based Cooper Industries in a cash-and-stock deal valued at about $11.46 billion. The new company is called Eaton Corporation plc and is incorporated in Ireland. Then-Eaton Chairman and CEO Alexander Cutler headed the new corporation. Cooper shareholders received $39.15 in cash and 0.77479 of a share in the newly created company for each Cooper share held. This is worth $72 per share based on Eaton’s closing share price of $42.40 on May 18, 2012, and is 29% above Cooper’s closing stock price.] Eaton Corporation plc completed its acquisition of Cooper Industries on Nov 30, 2012. The $13 billion acquisition of Cooper (USD$5.4B Sales revenue -2011), became the largest in Eaton’s (USD$16B Sales Revenue-2011) 101-year history. 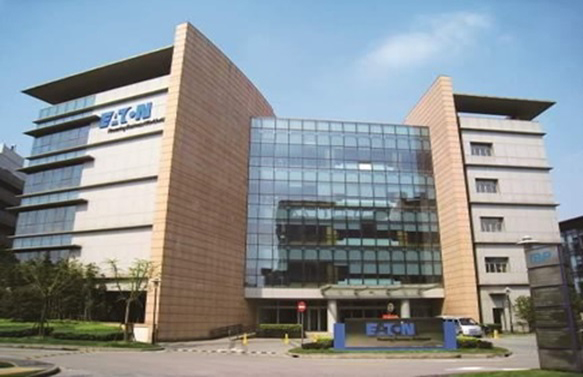